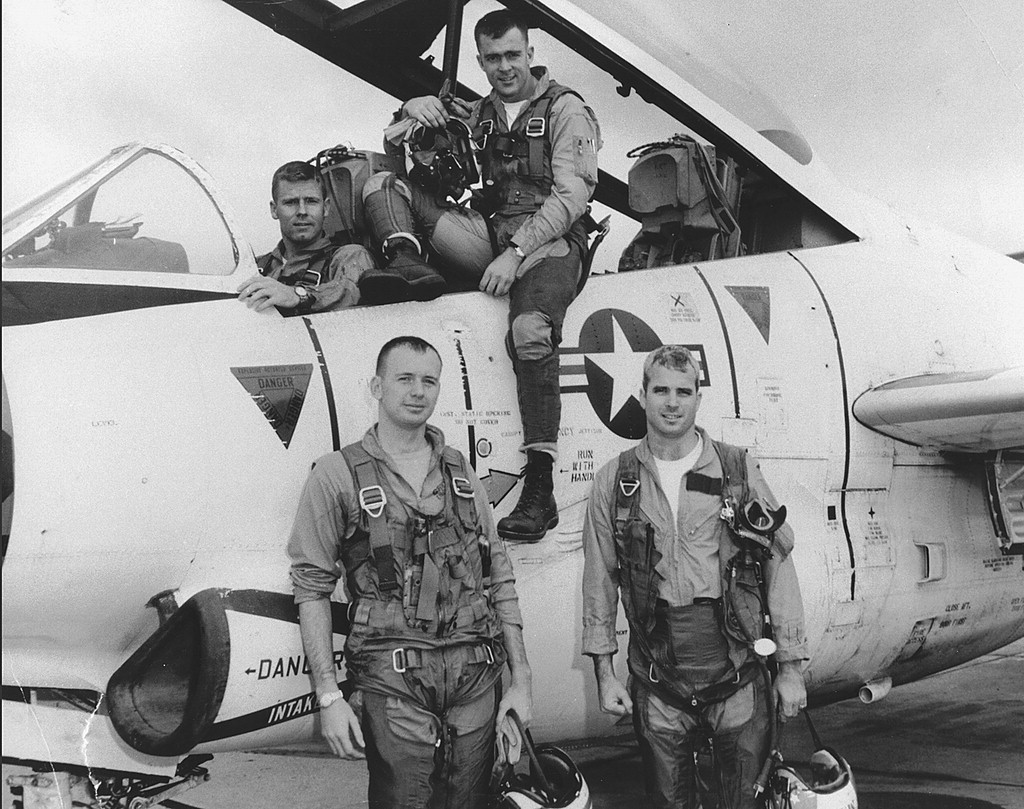 John McCain (front right) with his squadron, 1965 By US Navy – Library of Congress

To an uncommon hero, whose elevated spirit helped him to endure five and half years of captivity as a Prisoner of War in Vietnam. To an officer and a gentleman, who did not see himself fighting a battle alone, but alongside his brothers in arms, and refused to be released not before them, but with them. To a public servant, who held the federal government to the standards to which he believed it must always be held.

Thank you for your service to this country.